WAS IT DIBLEY? David and Jilly South recall a wacky wedding:

Some years ago, our village choir had a request to sing at a wedding in a neighbouring village. It was a lovely afternoon as we sat quietly in our robes.

Suddenly the door opened and in came the guests led by Darth Vader and Maid Marian closely followed by Medusa the Gorgon complete with snakes adorning her head. 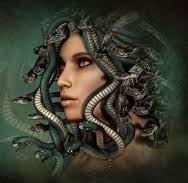 Alice in Wonderland came in with Dennis the Menace, followed by Superman and Super Woman and so on; the continuous stream of guests kept appearing. A side comment was shared within the choir, “I thought we were the ones to be in ‘fancy dress’ not the congregation”. The vicar was getting slightly agitated at the collection of some 70 people in the various non-religious guises around the church. Fred Flintstone had turned up with his wife, but wait a minute, we now had several Alices and Maid Marians; the scene was becoming quite bizarre.

Then the bride’s Mother arrived as a 1930’s flapper, dressed in a loose fitting silky, light blue, willowy dress complete with feather boa; the groom was dressed as a mere 19th century midshipman.

Eventually we all stood for the entry of the bride; by then we were quite spellbound to see her father, as a high ranking naval officer from Nelson’s era dressed in high leather boots, britches and tricorn hat, accompanying the fairy bride complete with large pink wings adorning her back. They slowly came down the aisle with attendant fairies following. Stopping in front of the vicar, some time was spent arranging the bridal train, the attendant fairies had somehow got their wings interlocked with each other! Another 5 minutes were lost whilst wings were untangled. During the ceremony the bride was almost in a fit of giggles!!!

Well, we have never since experienced anything quite like that, but what an eventful occasion for all of us in that choir. Quite a few of us repaired to a local hostelry for refreshments to recover. (I bet you did! Ed.)

WARWICK COLE AND LAURENCE KEMPTON play the theme to Ladies in Lavender by Nigel Hess at Minchinhampton: https://www.youtube.com/watch?v=SajYq43ioJg

A MEMORY FROM 30 YEARS AGO for Beryl King

As the 80th anniversary of the Battle of Britain has just taken place without the pleasure of a choral celebration. My memory of the 50th celebration which took place at Biggin Hill aerodrome might be of interest.

As part of The Orpington Choral we were invited to take part in a concert, along with many choirs from around the area of Bromley in one of the large hangers at Biggin Hill to sing Berlioz’ Requiem.

It was a very cold evening and late starting due to the Mayor and other dignitaries being unable to get through the traffic queuing to get to the concert which was a complete sell-out. 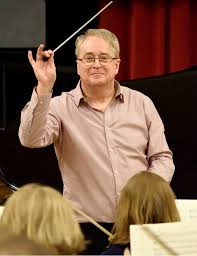 The conductor was Adrian Brown who had the unenviable task of controlling over 1000 voices, two full orchestras and four brass ensembles located one in each corner of the hanger. The concert was a resounding success and well worth the cold practices we had to attend.

They say that Berlioz requires a large gathering of voices and music and this was achieved in spades.

ONE VOICE CAMPAIGN is launching a Seat Out to Help Out initiative lobbying for support for arts events with reduced, socially spaced audiences. Please click here to learn about and perhaps support it: https://www.youtube.com/watch?v=J8CscnL-XnQ&feature=youtu.be

AND FINALLY . . . A reliable Coronavirus Test tried and tested by Sonia LaFontaine:

Step 1 pour a glass of your favourite tipple and see if you can smell it? Step2 if you can then take a slurp and see if you can taste it? Step3 if you can smell and taste it then you DON’T have Coronavirus Last  night I tried the test 9 times and all were negative Thank God! You need to try a few times definitely to guard against false negatives and positives! Tonight I’m going to try the test again as this morning I woke up with a headache and I feel like I’m coming down with something! I suggest you try it …….😜

We use cookies to ensure that we give you the best experience on our website. If you continue to use this site we will assume that you are happy with it.OkPrivacy policy